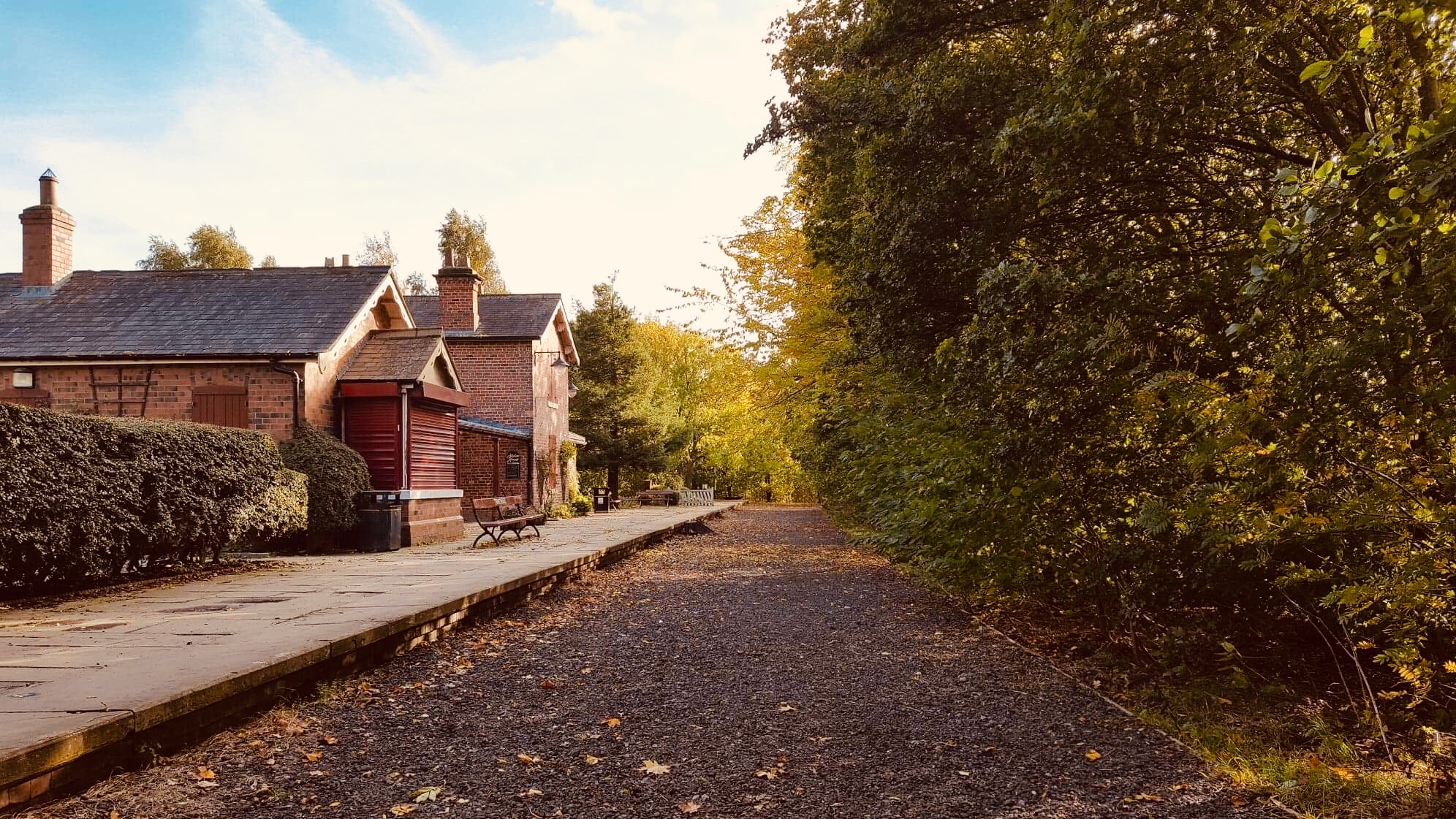 Opened in 1878, Thorpe Thewles was a small country station located on the Stockton and Castle Eden branch of the North East Railway…

Opened in 1878, Thorpe Thewles was a small country station located on the Stockton and Castle Eden branch of the North East Railway, 5 miles north of Stockton-on-Tees and northeast of the village it served.

Thorpe Thewles station closed to passengers on 2nd November 1931, and closed for goods traffic on 2nd April 1951. The line continued to be used for through traffic until 1968.

We had a wander up and down the old railway line, taking in the atmosphere. This wasn’t a ghost hunt, but as always, the spirits were around. We picked up on a well dressed lady from the late 1940’s waiting patiently for her train; two young Victorian boys, impishly playing on the wooden railings, with their dirty faces and cheeky smiles and near the old railway carriage, a man who insisted Kevin stand beside him, sideways on. Not behind or in front, but to the side. He told Kevin he liked to watch the trains and kept an eye on everyone. He was the Yard Master and responsible for the coal and smooth running of the yard and when royalty and other VIP’s visited, he wasn’t allowed to make eye contact with them.

Inside the tea rooms, the Station Master and his wife are seen downstairs and and in the upstairs of the building by staff. Although we didn’t contact the Master or his wife, we did make brief contact a man who had an injury to his neck.

All in all, an eventful trip, followed by delicious cream scones and tea!

But, as always, we like to try and find information after a visit somewhere. We have discovered one of the Station Masters is said to roam the visitor’s centre, which is housed in the converted Station House. Legend says that he was murdered by migrant workers, during the time of WW1. Perhaps he is still seeking his vengeance?