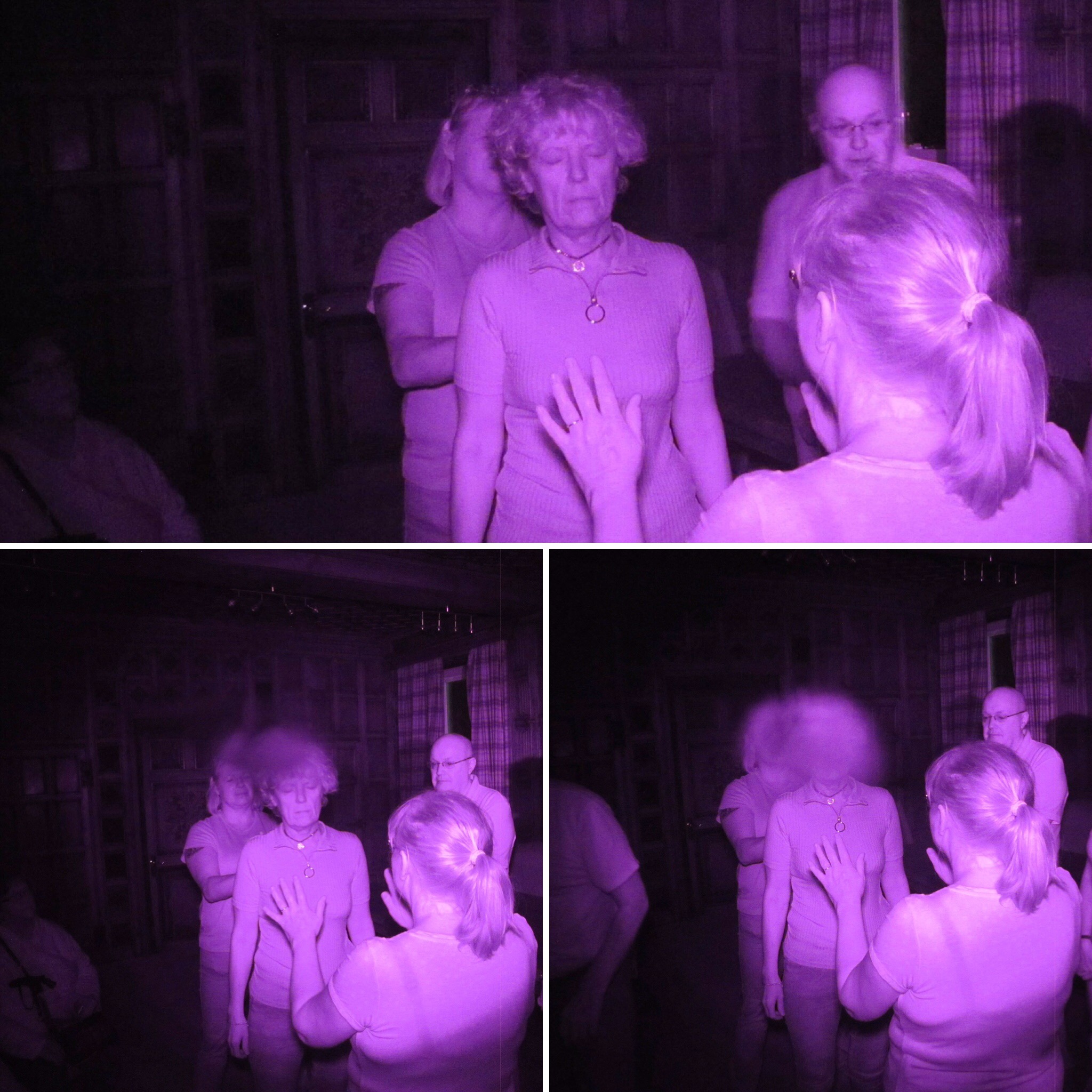 The Fairfield Manor is on the northern outskirts of the city of York and though it has been in this location since 1756, it is known as a hotel these days…

The Fairfield Manor is on the northern outskirts of the city of York and though it has been in this location since 1756, it is known as a hotel these days. It has had many changes in use over the years, and it is this that makes it appealing as a ghost hunting venue.

It began as a hunting Lodge before being added to and become Fairfield Manor. It was an affluent place with extensive grounds and obviously a place for the great and the good to meet away from the prying eyes of the city.
It became a notable Stud Farm before being passed onto a successful local Prize Fighter who had used his winnings to delve into the Sport of Kings.

The next phase in its history was as a sanatorium and a TB hospital and this led it into the modern ages.

The Library held us captive for most of the ghost hunt; it was offering so much that it would have been remiss of us to not give the spirits there the attention they craved. The Library was the hub of the history of the venue; it has been the main office for the stud farm and for the Matron during the hospital days. It also has the air that this is where the man of the house ruled.

With a mix of sceptics and believers we mixed up our activities to make the most of the ghost hunt. Our Human Pendulum worked well with sceptic guests being almost overwhelmed at the responses they felt in the centre of the circle. Our photographs show an energy entering the human pendulum and blurring the image. This was shown to guests on the camera on the night to show the image wasn’t tampered with.

The hotel is furnished with some fantastic mirrors that offer the perfect opportunity for guests to check out scrying during the ghost hunt. Scrying is when spirit over-lays their image onto the person looking into the mirror. The good thing about these mirrors is that they are big enough for other guests to witness the activity. What amazed guests when we did this, was that two people saw the persons face change at the same time from different positions and yet they both described the same thing. This scared them a little as they weren’t expecting what they saw. We were able to allay their fears and they carried on, but remained impressed that they had both seen the same details overlaying the face of the person doing the scrying.

Our SLS camera picked up an entity in the hallway and in two rooms we investigated and one guest saw legs disappearing up the old staircase, which unfortunately we missed. Other notable activity was what appeared to be an energy coming into the library from an upstairs room. Was it a spirit that was just curious as to what we were doing?

There is so much more to investigate here and we will be there to encourage the spirits to communicate with us.
We have other ghost hunts booked here in the future as we find that multiple visits to a venue establishes stronger links with the resident spirits and this enhances the experiences of our guests.

Why not come and join us at this venue, there are guest deals if you want to stay or dine at the hotel. There is so much more to this place to explore and understand. We are excited to continue our ghost hunts here for a long time to come.